A Digital Agenda for Europe

The Digital Agenda for Europe (DAE) aims to reboot Europe’s economy and help Europe’s citizens and businesses to get the most out of digital technologies. It is the first of seven flagships initiatives under Europe 2020, the EU’s strategy to deliver smart sustainable and inclusive growth. Released by the European Commission.

This Communication presents the Commission’s overall strategic vision for delivering the true Single Market for intellectual property that is currently lacking in Europe – a European IPR regime that is fit for tomorrow’s new economy, rewarding creative and inventive efforts, generating incentives for EU-based innovation and allowing cultural diversity to thrive by offering additional outlets for content in an open and competitive market. Released by the European Commission.

The legal text of the current copyright provisions applicable in Europe. Released by the European Union.

The Date Retention Directive issued by the European Union  relates to telecommunications data retention. According to the directive, member states will have to store citizens’ telecommunications data for six to 24 months stipulating a maximum time period. Under the directive the police and security agencies will be able to request access to details such as IP address and time of use of every email, phone call and text message sent or received. A permission to access the information will be granted only by a court.

You can also take a look on other documents released by the European Union on this subject and an overview of how the directive was implemented in the different European countries.

This Eurobarometer Survey was conducted in the context of the Digital Agenda for Europe, a flagship initiative of the EU 2020 Strategy. The objective of this survey is to gain a better understanding of the market for content distributed across borders in the European Union, including, in particular, the extent of use and interest in such content and the reason for the use and interest. The Eurobarometer Survey has been conducted among a representative sample of the general public across the EU.

The Green Paper focuses on the role of copyright in fostering dissemination of knowledge for research, science and education. The Green Paper is intended as the starting point for a structured debate on the long-term future of copyright policy in these fields. Copyright policy has increasingly emerged as a transversal issue, involving not only the internal market and cultural policies but also information society, competition and consumer interests. The Green Paper is an attempt to organize this debate and point to future challenges in fields that have not been a focal point up to now, e.g. scientific and scholarly publishing, and the role of libraries, researchers and the persons with a disability. Released by the European Commission.

GREEN PAPER: on the online distribution of audiovisual works in the European Union: opportunities and challenges towards a digital single market

The Green Paper looks at the ways in which the audiovisual sector is changing in response to technology developments and consumer expectations. It invites stakeholders to comment on the challenges and opportunities facing audiovisual media service providers, and in particular whether the regulatory and legal framework poses barriers to the cross border availability of online services in the EU. The Green Paper focuses in particular on the copyright licensing framework, and discusses a number of regulatory approaches to licensing. In addition, it looks at the remuneration of authors and performers for the online use of their works; and deals with certain special uses of audiovisual works.Released by the European Commission.

Network Neutrality: Challenges and responses in the EU and in the U.S.

This analytic study provides background on the debate over network neutrality, including (1) its technological and economic underpinnings, (2) the implications for business models going forward, and (3) the legal, regulatory, policy and business responses that have been attempted and that are currently in play. It includes a comparison between the US, where these issues have been debated intensely, and the EU. Released by the European Parlament, DG for Internal Policies.

The legislation that comprises the Telecoms Package, as published in the European Union Official Journal is:

THE DIGITAL MILLENNIUM COPYRIGHT ACT OF 1998

The text of the US copyright law.

The TRIPS Agreement, which came into effect on 1 January 1995, is to date the most comprehensive multilateral agreement on intellectual property. The areas of intellectual property that it covers are: copyright and related rights (i.e. the rights of performers, producers of sound recordings and broadcasting organizations); trademarks including service marks; geographical indications including appellations of origin; industrial designs; patents including the protection of new varieties of plants; the layout-designs of integrated circuits; and undisclosed information including trade secrets and test data.

Released by the World Trade Organization. WTO is the only global international organization dealing with the rules of trade between nations. At its heart are the WTO agreements, negotiated and signed by the bulk of the world’s trading nations and ratified in their parliaments. The goal is to help producers of goods and services, exporters, and importers conduct their business.

The text of the international treaty on copyright law adopted by the member states of the World Intellectual Property Organization (WIPO) in 1996.

Released by the World Intellectual Property Organization. WIPO is the United Nations agency dedicated to the use of intellectual property (patents, copyright, trademarks, designs, etc.) as a means of stimulating innovation and creativity.

If there’s a green or policy paper or another official study or document which we missed (and it is possible we had in this fast changing Internet landscape), don’t hesitate to leave us a comment below or send us an e-mail at editor [@] copy-me.org. You know we would love to hear from you! Thank you! 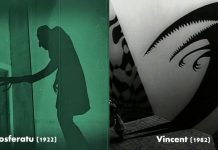 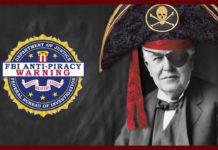