Grant is a high-school junior, who wanted to tell us his views on how to save the music industry: by changing the business model at its core. Currently, the industry is ripping off artists, rather than enabling them to thrive – but all this can be changed through copyright reform and support for independent artists. We helped with the editing, but these are Grant’s own opinions.

Do you ever wake up in the morning, hear a great song on the radio, and think “I really want to buy that song”? Many people would probably just download it and instead of paying for it, illegally obtain it off the internet, through sites like Mp3Skull, or KeepVid.

But have you ever asked yourself where your money goes after legally paying for a song? Does it really go to the artist? The Good Samaritans of the world may not even be supporting their favorite bands, but their “favorite” recording companies. How so? We’ll get to that in a second. But, for the time being, we can reasonably tell you that there truly are much better ways to support the artist, rather than by buying their music off of iTunes, Google Play, Amazon Music, or many of the other electronic music sellers.

How the music industry handles money for the artist

“Copyright is a form of legal protection given to content creators through the assignment of specific rights to works that qualify for protection”. But what are we protecting the artists from? Well, let me tell you: we are protecting them from making money.

Without these copyright laws, the artist would be able to become even more popular, and make even more money. Selling music through vendors such as iTunes is not that profitable for the artist. On average, artists only earn 30% of the money spent on their music sales from iTunes. But artists have many more ways to make money, besides selling music. Historically, it’s easy to see that music sales are not increasing. And, contrary to what almost everybody believes, piracy is not hurting the music industry – it is making it stronger. The trend for music sales is not good; however, concert ticket sales are reaching new heights. So, if the artist does not profit as much off of their own music, who does?

Pete Townshend, The Who’s legendary guitarist, made headlines recently when he called iTunes “a digital vampire” that profits off the artists’ backs, without providing them much support. Without the artists, there would be no music sales for iTunes to profit from. Through the internet, artists can have a bigger audience than ever before. It takes just one click and some nobody could become famous, from as little as a YouTube video of them performing. Justin Bieber is a great example of this. He was discovered by a talent manager from his YouTube videos. Justin Bieber’s media was free, allowing him to be discovered. That discovery brought him into fame. But once an artist signs a contract with a recording label, they are restricting the amount of discovery for their music.

There’s a handful of notorious music piracy cases, which speak very loudly. Headlines such as “Jury Orders Student to Pay $675,000 for Illegally Downloading Music” are used by the music industry as a scare tactic to cut down on piracy, but are the pirates really who you think they are? No, we’re not talking about the ones who carry rocket launchers and take down cruise liners, but about nearly half of The United States’ population, who pirates casually! You probably don’t know the first thing about pirates. They statistically purchase more legal content than the average law-abiding citizen. Pirates are actually an essential part of the economy.

Since music can be accessed for free almost anywhere already, why do people even bother to sell it? Links get shared all the time through social media sites, YouTube, Spotify, and Pandora. Music is already free, that is why music sales are down. The RIAA is still pushing people away from piracy, but they do not worry about YouTube allowing people to listen to music for free. This is a bit of a contradiction. The Recording Industry Association of America does not want the general population to have music for free, but if it is out there for free, people do not have to pay for it. The spread of music is only beneficial to the artists. The main restraint on allowing music to spread freely is its price. Many websites offer music to listen to for “free”. Of course, it is still being paid for through ad revenue. If music were entirely free, the spread of music would be even greater. Right now, it seems like the United States is heading in the right direction, as to music being easily accessible with little to no price.

With music sales declining, artists are discovering new and better ways to make money that mostly goes to the artist themselves. Performing live is a great way for the artist to make a copious amount of money, depending on their popularity. According to Wise Bread, most of the money for a concert ticket goes to the artist. “On average, the artist takes 74% of the ticket price, although it can go as high as 90% in some cases”. That is a lot, in comparison to the small percentage the artist gets from the iTunes sales of their album. It’s also probably why your favorite artist is always on tour. Since the artist benefits mostly from you going to their concerts, the best way to save the music industry is for you to support the artist.

Concerts are not the only major way that artists make money. Merchandise is another great option for the artist to generate an income. In today’s American society, one of the best ways to showcase your favorite artist to the world is to wear a concert t-shirt. By wearing that shirt, you are helping spread the name of your favorite artist and may even be asked about them. Just by seeing and processing their name, your mind is already thinking about the band. If you are curious enough, you will look up the artist and listen to their most popular song or album. This is a great way to spread music to the world.

In order to save the music industry, we need to acknowledge that copyright laws are outdated for today’s advanced Internet sharing resources. In a recent post from Policy Review, the author explains that copyright has the right base, but needs adjustment:

This system ensures that authors have the incentives and the means to create cultural content, while still allowing society as a whole to benefit. From this rationale, it is key to keep in mind that the economic incentives created through the temporary monopoly are only a means to an end and should not overshadow the ultimate goal – which should be to promote creation and open innovation.

The original intent of copyright was not to restrict the creativity of songwriters and performers. It was put in place to make sure that artists perform original content that had not been copied from other artists. Most copyright laws were written before the emergence of newer digital media. “Currently, a blockbuster film such as ‘Avatar’ gets the same protection as an e-mail you dash off to your friends”. This is saying that even the smallest thought you put into an email is just as valuable as a movie that took millions of dollars to make. How about that?

Music may take time to make, but it still does not even have a value close to a movie. Also, music is much more easily accessible than movies are. You can hear songs on the radio, play them on Pandora, and watch music videos on your computer. Movies will make most of their profit in the movie theater, whereas music will make most of its profit live on a stage. Of course, this only applies to the average movie or song. “Most copyright law was written at a time when digital technologies did not exist, but the pervasiveness of these new technologies means that these laws now affect millions”. This is comparable to a person being prosecuted on biblical laws today. Laws are supposed to be adapted when the world changes. The Pirate Party of the United States is pushing for legislation to legalize piracy. If piracy was legal, it would not even be considered piracy anymore. Music needs to be free. The only people whom anti-piracy legislation is hurting are the artists.

To support artists, the best thing you can do is spread their music with the world. Music sales are not a very efficient way to help the artists make money. If the artists needs more money, they will go on tours around the world. Since artists already make less than a dime per song from sales, they will not be that affected by the few people that now buy music stopping their purchasing. The main groups affected by this would be the recording companies and sellers such as iTunes. The recording company is just the business that can help make an artist more popular by publishing their music. Since a large part of the younger generation is pirating media, it is almost completely impossible to stop them as a whole. Today’s newer generations are just encouraging creativity along with sharing their interests and passions. In order to make the world go in the right direction, we need to start with getting legislation passed that doesn’t restrict the spread of music. We need to support the artist in better ways than by purchasing their iTunes album. Concerts are something you will never forget. If the artist is permanently in your memory from an unforgettable experience like a concert, you will be more likely to further support the artist. 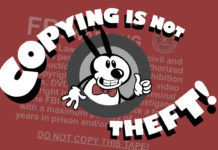