This Is Not a Conspiracy Theory is a fascinating new web series about the human need to invent conspiracies.

It launched in late January this year and, much like a quest, its plan is to “understand the hidden forces that shape our lives”, as the author puts it. Its creator Kirby Ferguson is also the author of the popular web series “Everything is a Remix”, which helped him reach out to a lot of viewers; with the help of his expanding fan base, Ferguson crowdfunded this new serialized documentary.

But this article is not about the arguments in his documentaries.

It’s more about their monetization strategy and the way Kirby chose to do this – a business model that doesn’t make any sense to me in the free sharing dogma Kirby Ferguson has voluntarily aligned to.  It’s a lesson, if you will, in how not to charge your fans Kirby Ferguson involuntarily teaches. There’s a series of inconsistencies in Kirby’s model that really make you wonder if he really is into the philosophy of free and open culture, or just in it to serve his own purpose.

So let’s start by taking a look at his previous work.

On Everything Is a Remix

Everything Is a Remix is a mini-series for the web, completed in 2012, which talks about our modern attitude to creation and the intricate connections between new and old works. The talented Kirby unraveled the story in four well-constructed episodes that dove deep into both the author’s and the audiences’ attitude to creative works and the way our society stifles creativity, rather than foster it.

Using examples from popular culture, he proved that – much like a remix – he can assemble a very good-looking, well-documented and thought-provoking take on our contemporary laws and attitudes.

Furthermore, to stay true to the concepts his work talked about, the webseries was free for view on YouTube and Vimeo, and licensed under Creative Commons. Anyone was free to make copies, build upon or remix his work. His efforts and attitude were admirable, as he was really transparent and made his viewers trust his work and decisions.

Enter This Is Not A Conspiracy Theory

The Kickstarter crowdfunding campaign for This Is Not A Conspiracy Theory began on the same day the last chapter of Everything Is a Remix launched.

The campaign looked really promising and guaranteed high quality videos. In it, Kirby pledged commitment to higher levels of filmmaking, working closely with collaborators and observing a structure and style similar to what we had already become fond of.

It also featured DRM-free video and a Creative Commons license to do whatever you pleased with his work.

And Kirby stayed true to his word!

Even though a year late, the first installment of This Is Not A Conspiracy Theory did not disappoint. It was well structured, well-argued and, above all, a wonderful short film! It delivered beautifully on its promise and made you really excited waiting for the next one.

But then, you got to the epilogue. Where you heard this:

“If you like what you see, you can subscribe to the upcoming episodes for $12 US. The price will later rise to $15.”

This totally baffled me.

The project by that point had already received more funds than it had initially asked for (over $50,000) and was built upon the idea of open content and CC licenses. And yet, here it was, asking people for MORE money to view it. A specific amount of money. And that was counter-intuitive to everything free culture stands for.

I openly admit that I didn’t catch the Kickstarter campaign, so I didn’t donate at that time – those who did, on the other hand, have received free access to the series – but up to the point when I first found out about Kirby’s financial demands, I had been seriously considering a donation to his name.

But the thing is you can’t donate, not in the real sense of the word. There’s a slider on the page that let’s you set your own price for the series. It starts from $12 and goes up to $200. Yeah, you can donate if you want to, but putting a minimum compulsory amount isn’t the same as a donation system.

To be blunt, that’s just hiding copies behind a paywall. And maybe I could be fine with that, if Kirby funded his whole series this way. But he didn’t. He got $54,610 first!

For those of you who think that’s perfectly acceptable, I must remind you that Kirby Ferguson is not your average filmmaker. On numerous occasions he has talked about the problems with DRM, about the threat of copyright monopolies, about fair use, and even about patents. He’s an advocate of remix and openly talks about the power of free culture. Furthermore, he’s not even selling any physical goods as donation drive incentives (like the posters or Blu-rays he offered on his campaign). He’s actually selling access to a copy that costs him nearly nothing to make.

Now I’d like to take a moment to talk about another author. You might have heard about Cory Doctorow. Cory’s a fairly known author, who’s similarly outspoken about free culture. He’s written a number of books – all DRM-free and under Creative Commons, and he constantly writes a column in The Guardian.

Cory chooses to offer all his e-books for free download.

“By making my books available for free pass-along, I make it easy for people who love them to help other people love them”, he says.

He believes that ebooks “are more likely to be an enticement to buy the printed book”, so “ebooks sell print books”. He argues that copying is natural and that the internet has just made it more efficient. There’s no way he could stop his readers from doing it, and if he tried, he’d be a hypocrite: “when I was 17, I was making mix-tapes, photocopying stories, and generally copying in every way I could imagine. If the Internet had been around then, I’d have been using it to copy as much as I possibly could.”

So let’s turn back to Kirby now. He’s also talked about the natural aspect of copying and referred to copying as a basic human trait. Copy, transform, combine – he calls it, and he says it’s embedded in every single cell in our body. Yet the fact remains that, in spite of his discourse about copying, Kirby has chosen a rather odd donation system.

Kirby’s system can pretty much be summed up as:

“Give me MY $12 and then, and only then, do you become free to do whatever you want.”

On the other hand, had he implemented a completely open donation system (no minimum limit, a slider that went from zero to infinity) it would have sounded more like this:

“Take it for free, but if you like it, I’d greatly appreciate a donation.

Or maybe you’d like to buy a DVD or a poster?”

Other authors in the same ideological area have also been leaning toward the latter kind of donation system.

Rick Falkvinge published his books under Creative Commons. He links places to buy his book, but also offers free downloads. Nina Paley has recently decided to change the license to her award-winning animation “Sita Sings The Blues” from CC-BY-SA to Public Domain. She offers posters and T-shirts as donation incentives, but the copy is freely downloadable and streamable. Simon Klose has released “The Pirate Bay – AFK” under CC-BY-NC-SA. You can still officially view it on Youtube, download it from TPB or choose to  buy a DVD.

These guys are far from being the only ones to opt for this donation model. And this seemingly insignificant little thing makes huge a difference, in my opinion. Why? Well, unlike Cory, who acknowledges that digital copies have no real value, Kirby goes only half way. He’s basically saying that the copies WE make have no value, but HIS copies do – and that exact value… is $12 (or $15).

Kirby could clearly get a lot more viewers by offering his series freely. He could make a major chunk of money from YouTube revenue. He could offer T-shirts, posters and Blu-rays for people to buy and support his project. He could also have an open donation page. Doing any of this could make his project more transparent, more in line with his rhetoric, and reach a hell of a lot more people. Which, in turn, can make him more revenue. But he’s not doing any of this. He’s asking for a minimum of $12.

In funding “This Is not a Conspiracy”, Kirby made a great departure from his other series. What had worked very well on his previous project – the transparency, the openness and the clear principles, the very things that got his fans to cheer him on in the first place (me being one of them) – are the very things he consciously left out from the campaign behind the new one.

Sure, maybe the Kickstarter campaign was just to get the project off the ground. And, no doubt about it, he actually tries to make a living from this. All of this is perfectly understandable. But I can’t honestly believe that his fans – most of whom take hold disrespect toward free and open culture as a deal breaker – are really okay with being charged $12 for a digital copy over the Internet.

I really do admire Kirby for all his commitment, his effort and the time he spent on both webseries. And I really do think he’s got a great thing going here, and will continue to cheer him on. But I can’t, as much as I try, agree with his strategies. And judging by the pilot’s YouTube page, it seems I’m not by far the only one:

Is $12 an adequate price for this kind of series? I guess it could be. Does Kirby have a working monetization strategy? Of course he does. But is he being true to the ethics and the principles he himself has preached? Well, just on the surface. And that, for me, is a huge disappointment.

We are currently developing a webseries about the myths of online copying. Copy-me will be CC-BY licensed, transparent, and impose no restrictions.

Cover image is a derivative of “This Is Not A Conspircay Theory” Poster. 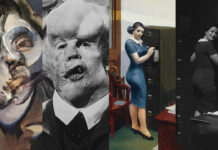 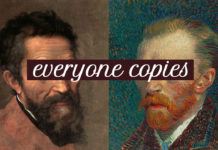 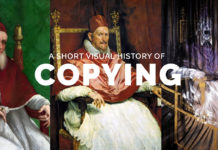 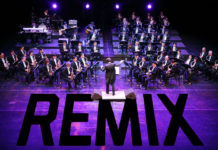 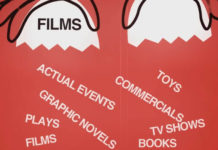